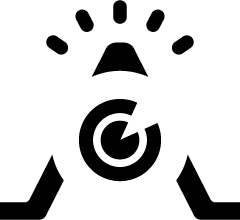 Until recently, most traffic signal systems lacked effective mechanisms for reporting their performance to a management system to identify actionable items or to evaluate the impact of actions undertaken by responsible personnel. Some efforts to implement operational feedback were made by individual vendors or resulted from research projects, but these did not evolve into scalable methods that could be used to manage entire systems.

The development of Automated Traffic Signal Performance Measures (ATSPMs) has changed this situation. ATSPMs developed from academic research in collaboration with multiple vendors, who developed a de facto standard for types of data to be collected by traffic signal controllers. At present, ATSPMs are a focus technology in the fourth FHWA Every Day Counts program.

In Iowa, traffic signals, including those on state highways, are generally managed by local agencies where the signals are located. There are several local agencies that have substantial inventories of traffic signal systems; some of these already possess all of the necessary requirements to begin using ATSPMs, except for the system components necessary to collect the data and deliver performance measures. Rather than each of these local agencies having to implement their own ATSPM system, an alternative approach would be to combine effort to develop a statewide system that can be used by any agency in the state.

This project seeks to develop the first implementation of ATSPMs in Iowa, with the objective of building a system that can be utilized by any agency in the state, thus reducing the level of effort for any individual agency that wishes to incorporate ATSPMs into its signal management practices.